The German American National Congress, also known as D.A.N.K. (Deutsch Amerikanischer Nathional Kongress), is the largest organization of Americans of German descent.  It has some 30 chapters and over 100 associated member societies from coast to coast.

In 1987 D.A.N.K. was instrumental in the adoption of the Congressional resolution declaring October 6th "German American Day", which has been observed since then on a national level.

D.A.N.K. Mission Statement - D.A.N.K., a society of German Americans Today, was founded in 1959, and is active from coast to coast, with the purpose and goal to represent all German Americans in the United States.

D.A.N.K., a nonprofit organization, supports German cultural landmarks and events, sponsors German American student exchanges and the study of the German language and the culture.  It promotes harmony and goodwill among German American clubs and societies across the United States.

D.A.N.K.'s cultural almanac, with its many programs and suggestions for local events and its German American D.A.N.K. Journal are the visual and communications links between its members and friends, chapters, associate chapters and its corporate headquarters in Chicago.

D.A.N.K. also acts as an information center and exchange on a variety of subjects concerning the German American community at large. We welcome your inquiries, contributions and donations for a United German America.

Want to learn more about German foods? Click here for a fun video!

We love to partner with our community! Halloween 2021, we collaborated with the Sodus Fire Department as well as other local organizations and individuals to hand out candy, and serve hotdogs and drinks to over 400 local children. Stay tuned for more details on our Events page about a community rummage sale in May and A Fun Fest in August.

Do you have photos or stories about your family at the D.A.N.K.13? We would love to hear about it. Our history is made up of your family memories!

Memebers only dates to remember 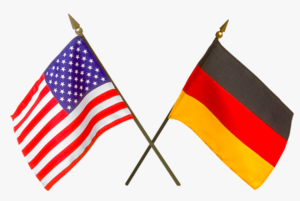